Did Your Baby Suffer Cerebral Palsy, Brain Damage or Other Serious Infant Injury as the Result of Obstetrical Malpractice? 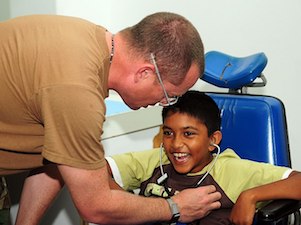 The New York Cerebral Palsy Lawyers at Gair, Gair, Conason, Rubinowitz, Bloom, Hershenhorn, Steigman & Mackauf have more than 100 years of experience representing the families of babies who have been injured or have died as the result of medical malpractice involving infant brain injuries and other injuries related to complications during prenatal care, labor, delivery, or newborn care.

The most serious baby injuries can be caused by oxygen deprivation to the infant's brain. The failure to perform a cesarean section, abuse of Pitocin, misuse of forceps or vacuum during delivery, or miscalculation of the size of the baby can all contribute to serious brain injuries of the baby. Sadly, most of these problems can be prevented, since most birth injuries are caused by a doctor failing to timely address problems during labor and delivery.

Our team of attorneys includes 2 board-certified physicians who can assist in reviewing your case and can help you to understand the full medical scope of the injury. Our firm conducts exhaustive investigations, and we retain the most qualified experts to bring a comprehensive level of expertise to surpass that on the other side.

If necessary, we also retain expert accountants and financial analysts because many birth injury cases have their own set of associated losses including lost wages, the cost of care and many other monetary costs. In order to accurately assess what these costs will be for the remainder of a victim’s life, we use financial professionals to derive fair resolutions for injury victims.

Do I Have a Valid Case for My Infant's Brain Damage?

Within our personal injury law firm, we have attorneys and physicians who are remarkably experienced and adept in reading your obstetrical medical records and those that relate to your child. We scrupulously analyze the quality of the care that each of you received, and then we assess whether poor care before, during or after labor was a substantial contributing factor to your baby’s brain damage. If we decide that you have the sort of case that our office might agree to handle, we then send the records to outside, independent medical experts. We will not start a lawsuit until and unless these outside experts agree that you have a meritorious case.

Has Your Law Firm Actually Handled Many Cases Involving Babies Who Are Brain-Damaged?

Yes indeed. These cases are our unique sub-specialty and have been for many years. One of our attorneys was the first to teach attorneys around the country how to handle these cases. He literally wrote the book on Obstetrical Malpractice cases. His book on Failures in the Diagnosis and Treatment of Fetal Distress has long been the definitive work in the field. Our trial lawyers specialize in the trial of these cases and have obtained some of the largest verdicts in the world. Our firm has obtained verdicts in excess of One Hundred Million Dollars ($100,000,000.00) for Brain Damaged Babies. There are many law firms that claim that they handle these cases but who actually refer the cases out to other law firms. When law firms want the very best for their clients, they refer such cases to our law firm.

Can Prematurity Be a Cause of Cerebral Palsy?

Of all known risk factors for the subsequent diagnosis of cerebral palsy, prematurity is probably the most common. Prematurity is associated with an increased risk of immature lungs and this can cause difficulty in getting sufficient oxygen to the baby’s brain after birth. These babies are more likely to suffer brain bleeds called intraventricular hemorrhages (IVH) along with problems in other organs. Such babies are more likely to develop a type of brain damage called periventricular leukomalacia (PVL). Sometimes it is possible for us to demonstrate that a premature birth was avoidable.

How Can Trauma to My Baby's Head Happen during Labor or Delivery?

I Received Pitocin during My Labor. How Can Pitocin Cause Problems?

I Think There May Have Been Abnormalities on the Fetal Heart Monitor. What Is an Electronic Fetal Monitor and What Does It Show?

The electronic fetal monitor creates a continuous recording of two things. In the lower half, it displays each labor contraction, including the beginning and end of each contraction. The upper half of the recording shows the fetal heart rate pattern moment by moment. When we analyze a fetal heart monitor tracing, we can see whether there is evidence of excessive labor contractions, and we can also see whether there is evidence of fetal distress.

What Is Fetal Distress?

What Is the Treatment for Fetal Distress?

The best treatment of fetal distress is prevention. Fetal distress can be prevented if problems (with the mother, the contractions or the baby) are seen promptly and corrected. If fetal distress is suspected by a nurse or doctor, they should see to it that the obstetrician in charge of the mother sees her promptly. Preparations for an emergency Cesarean section should be made in case the evidence of distress cannot be alleviated. In the meantime, Pitocin should be discontinued, the mother’s position in bed should be changed, she should be given oxygen, and the rate of flow of her IV fluids (except for Pitocin) should be increased. If she is already pushing, she should be told to stop pushing. If these measures fail to eliminate the evidence of fetal distress, then an emergency Cesarean section has to be done promptly in order to rescue the fetus before fetal brain damage occurs.

The firm's birth injury attorneys have achieved numerous verdicts and settlements that are among the largest in the country. Some of the more notable results include:

If you believe your child's birth injury was the result of medical malpractice, please contact our firm to discuss your case.

New York Personal Injury Attorneys Blog - Cerebral Palsy & Brain Damage
Client Reviews
★★★★★
"Very compassionate, very efficient and top rate! If you want a team of good lawyers that will not only work hard to win your case but knows how to listen and feel for you as a victim of medical malpractice, this firm is your only choice. Anthony Gair, was always there for us all throughout the case albeit the distance from NY to Manila! Words cannot express how thankful we are to him and his team. Thanks a million!" D.F.
★★★★★
"Everyone I communicated with at this firm made me feel like I was part of their family. My needs, feelings, and concerns were carefully considered and given the needed attention. My counselors were available whenever I needed them and became my personal friends. They came highly recommended and lived up to their reputation. I would recommend them to any of my friends without hesitation. This firm gives attorneys a "good name". Clients matter here. They made me feel like I mattered as a person, that I was valued, and not just a possible source of income for the firm. They earned their fees, and you will find that they will also earn your trust." N.W.
★★★★★
I met Diana Carnemolla and Howard S. Hershenhorn during the darkest time of our lives, when my husband was in a coma with very little chances to survive, due to a car accident. The compassion and professionalism that they showed myself and my family during such a difficult time combined with an incredible willingness to get the best results for us have shown us that we had made the absolute best choice. They not only fought extremely hard for what proved to be a very difficult case, but they also emotionally helped us through this incredible ordeal and have been a caring advocate for our family and our case. They got us the best results we could have expected given the circumstances and didn't give up when things got more challenging. We would absolutely recommend their Law Firm to handle the toughest of cases while providing such a great deal of personal support. Diana proved to be personally invested in our case ultimately seeking the best outcome for our family. We cannot thank them enough for what they have done for us. V.P.
★★★★★
"I’m very impressed by the professional services of this law firm Gair Gair Conason. Most importantly Diana M.A. Carnemolla, Esq. She performed impeccable work ethics and professionalism whole time throughout, with her constant follow ups and communication skills, for that I’m very appreciative of. August 2020, my mother was in a horrific car accident. I contacted Gair Gair Conason to handle my mother's case. Everyone at the firm who helped us with the case did such a fantastic job with being so efficient. We could not have been more satisfied with the services we received. Diana M.A. Carnemolla, Esq. was so fast, quick answer for every question that we asked and gave us honest information about the possibilities concerning the case. She resolved our case much faster that I would expect. Thank you so much! I am very happy with this law firm. Especially the outcome from it all and how easy they helped make it be for us. We had a tough case to fight regarding the incident with the other driver, thankfully it all worked out in my mothers best interest. Diana M.A. Carnemolla helped us settle our case easily, helped us get out of it with a much needed win. I’m surprised it wasn’t as bad of experience as I thought it would be. We were pretty worried in the beginning with much thanks to this team they’ve helped solve this for my mother and put much of my worries as well as my mothers to ease. Thank you again from my family to your whole team for an awesome job!! I would highly recommend this law office to anyone in need of outstanding representation." K.C.
View More
Submit a Law Firm Client Review