WERE YOU INJURED IN A CONSTRUCTION ACCIDENT IN NYC?

The Accident Attorneys at Gair, Gair, Conason, Rubinowitz, Bloom, Hershenhorn, Steigman & Mackauf have more than 100 years of experience representing injured workers. They have obtained some of the largest verdict and settlements in New York. Call us at 212-943-1090 for a free consultation. 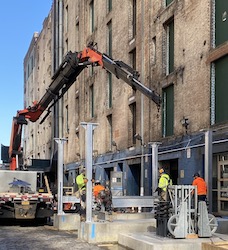 Each year, thousands of workers are injured or killed at New York and New Jersey construction sites. Although construction companies are required under New York labor laws to inspect each site with safety engineers and implement a wide variety of safety measures, construction workers still face a greater risk of work-related injury or fatality than employees in any other U.S. industry. New York labor laws were enacted to protect construction workers from work site-related accidents--and it’s for this reason that our firm believes that most work site accidents are avoidable and that those not following laws to protect workers should be held accountable.

Some of the types of cases we handle involve:

In this Article:
Who Can I Sue if I Was Injured in a Construction Accident in New York State?

A construction worker involved in a work-related accident will often have a claim against the general contractor and/or owner of the construction site pursuant to Sections 200, 240 and 241(6) of the New York State Labor Law.

Section 200 of the New York State Labor Law codifies a common law obligation to use reasonable care in the maintenance of a work site.

What is the New York Scaffolding Law?

New York Labor Law Section 240 contains special provisions for workers injured by or on scaffolds, ladders, hoists, stays, slings, hangers, pulleys, irons, ropes, blocks, braces and other similar devices. This unique section of the New York Labor Law, commonly known as the "Scaffolding Law," allows injured workers to bring lawsuits against a property owner or general contractor who violates this section, rendering them strictly liable for workers injured as a result of inadequate or missing safety equipment at elevated work sites. Labor Law Section 240 also protects workers from "falling objects" at a work site where an object falls and injures a worker due to a violation of the safety provisions of that section of law. In addition, Section 241(6) of the New York State Labor Law imposes a duty upon the general contractor and/or owner to comply with all provisions of the New York State Industrial Code. Architects, subcontractors and manufacturers of equipment may also be held responsible for inadequate safety precautions.

How Do Attorneys Investigate a Construction Accident Case?

If we believe you have a valid case, our construction accident attorneys will immediately conduct a thorough investigation of the accident.

The following are items which must be obtained:

How Do Attorneys Handle Depositions in a NY Construction Accident Lawsuit?

During the deposition of the plaintiff, our attorneys will make sure that the plaintiffs tell a Labor Section 240 story. During the deposition of the defendants our skilled construction accident attorneys will be prepared to anticipate recalcitrant worker/sole proximate cause defenses and handle them within the confines of the case law. They will make sure to take as many defendant depositions as necessary of those important people at the job site to prevent getting an Affidavit as part of a Summary Judgment motion of a key witness you did not depose.Non-party witnesses depositions must also be taken to evaluate the recalcitrant worker/sole proximate cause defenses and distinguish them given the state of the current case law.

What Will Your Attorney Try to Find Out During a Deposition for a Construction Accident Case?

During the deposition process our attorneys will address the followings elements:

Some of the more notable results include: 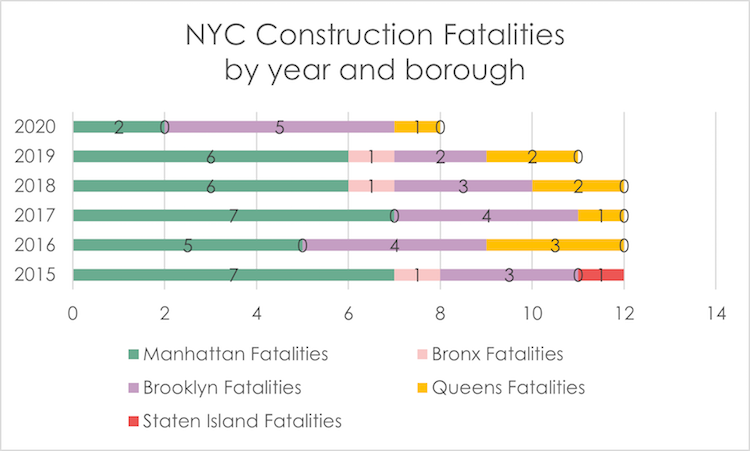 Below are a list of publications from some of the lectures and seminars in which our lawyers have been involved:

If you're searching for a "personal injury lawyer NYC" you've come to the right place. The New York construction accident lawyers at Gair, Gair, Conason, Rubinowitz, Bloom, Hershenhorn, Steigman & Mackauf advocate for their clients' full financial recovery through detailed, meticulous preparation for trial. If you have suffered a serious personal injury or a loved one died as a result of a construction accident, please contact our firm to discuss your case.

Featured Client Review
Ray Beckerman I have known Tony Gair for many years, and have referred cases to his expert handling. Tony is one of the great plaintiff's personal injury lawyers, perhaps the best in the business. If he takes your case, you know you're in the hands of the best. He is super knowledgeable, highly skilled, a person of the highest integrity and morals, and a wonderful human being and gentleman.
★★★★★

New York Personal Injury Attorneys Blog - Construction Accident
Client Reviews
★★★★★
"Very compassionate, very efficient and top rate! If you want a team of good lawyers that will not only work hard to win your case but knows how to listen and feel for you as a victim of medical malpractice, this firm is your only choice. Anthony Gair, was always there for us all throughout the case albeit the distance from NY to Manila! Words cannot express how thankful we are to him and his team. Thanks a million!" D.F.
★★★★★
"Everyone I communicated with at this firm made me feel like I was part of their family. My needs, feelings, and concerns were carefully considered and given the needed attention. My counselors were available whenever I needed them and became my personal friends. They came highly recommended and lived up to their reputation. I would recommend them to any of my friends without hesitation. This firm gives attorneys a "good name". Clients matter here. They made me feel like I mattered as a person, that I was valued, and not just a possible source of income for the firm. They earned their fees, and you will find that they will also earn your trust." N.W.
★★★★★
I met Diana Carnemolla and Howard S. Hershenhorn during the darkest time of our lives, when my husband was in a coma with very little chances to survive, due to a car accident. The compassion and professionalism that they showed myself and my family during such a difficult time combined with an incredible willingness to get the best results for us have shown us that we had made the absolute best choice. They not only fought extremely hard for what proved to be a very difficult case, but they also emotionally helped us through this incredible ordeal and have been a caring advocate for our family and our case. They got us the best results we could have expected given the circumstances and didn't give up when things got more challenging. We would absolutely recommend their Law Firm to handle the toughest of cases while providing such a great deal of personal support. Diana proved to be personally invested in our case ultimately seeking the best outcome for our family. We cannot thank them enough for what they have done for us. V.P.
★★★★★
"I’m very impressed by the professional services of this law firm Gair Gair Conason. Most importantly Diana M.A. Carnemolla, Esq. She performed impeccable work ethics and professionalism whole time throughout, with her constant follow ups and communication skills, for that I’m very appreciative of. August 2020, my mother was in a horrific car accident. I contacted Gair Gair Conason to handle my mother's case. Everyone at the firm who helped us with the case did such a fantastic job with being so efficient. We could not have been more satisfied with the services we received. Diana M.A. Carnemolla, Esq. was so fast, quick answer for every question that we asked and gave us honest information about the possibilities concerning the case. She resolved our case much faster that I would expect. Thank you so much! I am very happy with this law firm. Especially the outcome from it all and how easy they helped make it be for us. We had a tough case to fight regarding the incident with the other driver, thankfully it all worked out in my mothers best interest. Diana M.A. Carnemolla helped us settle our case easily, helped us get out of it with a much needed win. I’m surprised it wasn’t as bad of experience as I thought it would be. We were pretty worried in the beginning with much thanks to this team they’ve helped solve this for my mother and put much of my worries as well as my mothers to ease. Thank you again from my family to your whole team for an awesome job!! I would highly recommend this law office to anyone in need of outstanding representation." K.C.
View More
Submit a Law Firm Client Review