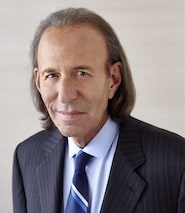 Anthony H. Gair is a partner at Gair, Gair, Conason, Rubinowitz, Bloom, Hershenhorn, Steigman & Mackauf, which was founded by his father, Harry A. Gair in 1919. Mr. Gair joined the firm in 1980, and specializes in preparing and trying New York personal injury cases including construction accidents, defective products, medical malpractice and automobile accidents. He has also tried numerous cases against the City of New York, one of which involved the City's failure to erect and place proper barriers on Rockaway Turnpike, a case which resulted in a multi-million dollar jury verdict.

Mr. Gair’s goal is to help people injured by the negligence and carelessness of others-- especially people whose lives are destroyed by corporations who place more emphasis on corporate profits than responsibility and safety. He has also expended countless hours in advising younger attorneys on how to effectively represent people who have suffered catastrophic injuries and taught at Fordham University School of Law in the Continuing Legal Education program. Mr. Gair is a life-time member of Scribes-American Society of Writers on Legal Subjects as well as a member of the Roscoe Pound Foundation. He was a recipient of The New York State Trial Lawyers’ Civil Justice Honor Award in 2006. In 2011 and 2018 he was named Best Lawyer of the Year in Product Liability Litigation, New York City Area by Best Lawyers in America

While he is well regarded as one of New York City’s most respected personal injury attorneys, Mr. Gair also enjoys a national reputation in the area of civil rights litigation in connection with police misconduct. One of his most notable cases in this area of law is his heading up the team that represented the Diallo family for the wrongful death of their son Amadou, who was shot 19 times by members of the New York City Police Department's Street Crimes Unit—a case that was extensively covered by the national media. He is also nationally recognized in the field of products liability litigation and in the representation of individuals severely injured in construction accidents and has lectured extensively on this area.

Mr. Gair has lectured everywhere from his law school commencement to the New York State Bar Association. Since 2007 he has lectured each year for the New York State Bar Association on the past years decisions in the area of New York Construction Accident Law and the current state of the law. Click here for his 2011 lecture. Click here for his 2012 lecture. He has appeared as an expert legal commentator on every major television network and on many radio shows. His legal opinions have also been featured in various newspapers including the New York Times, the Daily News and the New York Post. His noteworthy literary contributions include his roles as a consulting editor of the Medical Malpractice Law and Strategy journal. He is listed in "Best Lawyers" in New York and also listed in “Super Lawyers.”. He has also been selected as a member of The Law Dragon Top 500 Attorneys in The United States.

The American Board of Trial Advocates

Foundation of the American Board of Trial Advocates

The Association of the Bar of The City of New York
Member, Products Liability Committee, 1994-1996

Member, Best Lawyers Board of Advisors

Fearing she'll be parked behind bars . . . Lizzie drops the bawl

$8,000,000 settlement on behalf of an 18-year old boy in a New York medical malpractice lawsuit where a physician prescribed the medication Depakote without monitoring the boy’s liver functions despite the known effects of Depakote on the liver. As a result of the failure to monitor the liver functions, the plaintiff sustained complete liver failure requiring a liver transplant and a hepatic encephalopathy resulting in brain damage.

$6,000,000 settlement for the family of a Westchester County man who was killed in an automobile accident when a drunk driver struck a stopped Police car resulting in an explosion and fire.

$5,850,000 settlement for a construction worker who suffered serious spinal injuries requiring surgery when he fell 15-20 feet into a building when a portion of the roof on which he was working collapsed.

$5,800,000 recovery for a New York construction worker who suffered a brain injury when a Hi-Lo struck a scaffold upon which he was working causing the scaffold to fall over.

$5,000,000 recovery in a New York Construction Accident case for a man who suffered brain injury when he fell from a ladder at a construction site. The recovery included an agreement for workers compensation payments to continue despite the settlement.

$4,997,986 settlement on behalf of a Manhattan resident who sustained brain damage when a chain-link security fence fell off the roof of a five-story building and struck him on the head while he was walking down the street.

$4,250,000 settlement in a New York Medical Malpractice case on behalf of a Queens man who sustained brain damage due to medical malpractice committed by an anesthesiologist while he was undergoing surgery for sleep apnea.

$4,000,000 recovery in a New York medical malpractice case for the failure to diagnose a an epidural hematoma causing brain damage.

$3,975,000 settlement in a New York Construction Accident case on behalf of a construction worker injured pursuant to the New York State Labor Law when he fell off of a slippery dump truck ladder and was impaled on vertical rebar left uncapped at a construction site.

$3,075,000 settlement on behalf of several children injured when a hayride went out of control and flipped over.

$3,000,000 settlement on behalf of the family of Amadou Diallo, which is believed to be the largest settlement ever under New York State's wrongful-death statute for a victim who earned less than $ 10,000 and had no dependents.

$3,000,000 recovery in a New York Medical Malpractice case for an 18 year old girl who lost her leg as a result of a physician's malpractice in failing to diagnose a pseudoaneurism of the popliteal artery following an ACL repair. This was the full amount of insurance coverage.

$2,975,000 settlement for the wrongful death of a New York construction worker who was killed when a 3000-pound concrete wall panel fell on him when the hoist securing the wall panel broke because it was insufficient to support the weight.

$2,975,000 recovery for a New York construction worker who suffered a serious injury to his foot requiring multiple surgeries while riding on a muck tram in a subway tunnel which struck a wall.

$2,750,000 settlement in a New York medical malpractice action on behalf of an elderly Queens woman whose doctors failed to properly provide anticoagulation therapy following a hip surgery which resulted in an ischemic stroke leaving her partially paralyzed and unable to speak.

$2,600,000 recovery in an automobile accident case for the death of a man struck by a car while sitting in a restaurant when the car crashed through the window.

$2,500,000 settlement on behalf of a sheet-metal worker who sustained a crushed pelvis when the unsecured arm of a sign that was being hoisted became dislodged and struck him.

$2,450,000 settlement in a New York Medical Malpractice case for the family of a Westchester County man who died as a result of a medical group's malpractice in failing to timely diagnosis and treat his heart condition which led to a fatal heart attack.

$2,200,000 recovery for the wrongful death of a New York construction worker who was killed when he was crushed by a descending construction hoist.

$2,050,000 recovery in a New York car accident case for a pedestrian who suffered spinal injury and surgery.

$1,850,000 recovery in a New York medical malpractice case for the death of a single man for failure to diagnose malfunction of a ventricular peritoneal shunt.

$1,725,000 recovery for a passenger in an elevator which came to a sudden stop causing her to sustain severe injuries to her left ankle requiring surgery.

$1,570,000 recovery for a woman who suffered serious injuries in an automobile accident. Although there was only $ 500,000 in Auto Insurance 1,000,000 was paid on a homeowner's policy as a result of proof of an improper disclaimer.

$1,500,000 settlement in an automobile accident case for a woman who sustained serious injuries to her hand in Suffolk County when her vehicle was rear-ended by an asphalt truck whose brakes failed due to the company's failure to maintain them properly.

$1,500,000 in a New York truck accident case against a manufacturer when its truck struck a young student crossing a street in Jersey City.

$1,400,000 settlement on behalf of a New York construction worker injured when the glass roof of a greenhouse he was installing collapsed causing him to fall to the ground.

$1,400,000 settlement for a bicyclist who was struck by a bus suffering fractures of her left clavicle, left thumb, ribs and pelvis.

$1,250,000 recovery for a man in an automobile accident case who suffered leg fractures when struck by a car while riding his motorcycle.

$1,200,000 settlement in an automobile accident case on behalf of a Staten Island motorcyclist who sustained serious foot injuries when he was struck by a vehicle making an unsafe left-hand turn.

$1,200,000 recovery in a New York Construction Accident case for a man who fractured his heel when a scaffold at a construction site collapsed.

$1,000,000 in a New Product Liability case for a man who had two fingers severed in a panel cutting machine.

$700,000 in a New York Product Liability Case against a foreign tire manufacturer for the wrongful death of an older unemployed Brooklyn man.

My work with the lawyers and support staff at Gair, Gair was remarkable. Everyone was extremely responsive and kind, and - most importantly - got an amazing result for me post injury. I came to the firm after a devastating car accident left me paralyzed from the chest down. Through the dedication and professional expertise of the attorneys I worked with, I received a settlement which allowed me to regain significant independence. I am forever grateful to Tony Gair and his team and highly recommend this firm to anyone looking for incredible client care and great legal results.

In July 2001, New York Personal Injury Attorney Anthony Gair, appeared on Court TV to comment on the Trial of Detroit police officers who shot and killed a deaf and mute man whom they say was "menacing" them with a garden rake. Relatives and neighbors who witnessed the shooting of 39-year-old Errol Shaw Sr. said police ignored their shouts that the man could not hear or speak and their pleas not to shoot him. The fatal shooting was at the time the latest for the Detroit Police Department, which in 2001 lead the US in police killings. 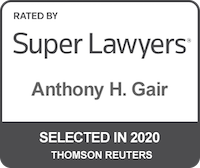 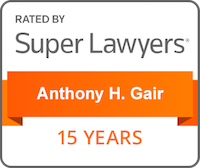 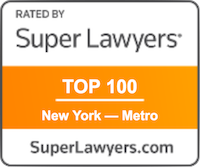 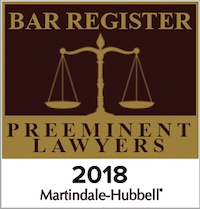 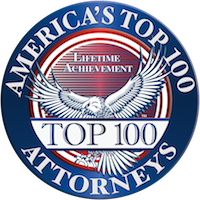 Anthony Gair has been recognized by America's Top 100 Attorneys as one of the top 100 attorneys, all practices included, in New York State 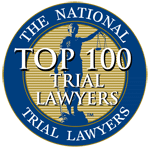 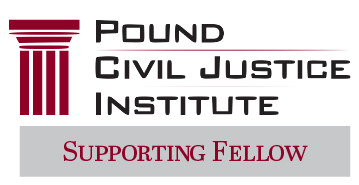