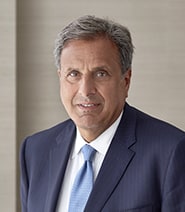 Since joining the firm following his graduation from law school in 1979, Jeffrey Bloom has carved out a reputation as one of the top medical malpractice and personal injury attorneys in New York.

Known and respected by both the bench and bar as a fierce advocate on behalf of the clients, he has helped his clients successfully achieve numerous multi-million dollar recoveries.

Mr. Bloom has tried and managed numerous serious personal injury cases involving medical malpractice, auto accidents, legal malpractice, construction accidents and products liability, resulting in some of the largest awards ever obtained in this state. Along with Ben Rubinowitz, he served as lead counsel representing the Estate of Joan Rivers in a medical malpractice action arising from her death following surgery at an ambulatory surgical center. Aside from negligently performed surgery cases, Mr. Bloom has successfully represented clients in cases involving the failure to diagnosis diseases such as breast, colon, prostate and lung cancer as well as claims of improper obstetrical care resulting in brain damage and Erb’s palsy to newborns and severe injuries to the delivering mother.

His remarkable results speak for themselves: a $9.2 million settlement for a woman in a case in which doctors failed to timely diagnose and treat a small bowel obstruction, resulting in a perforation ultimately necessitating a kidney transplant, a $8,000,000 million settlement in a medical malpractice case for a woman who contracted vulvulus (an intestinal blockage) following colon surgery, a $6 million settlement in case involving a negligently performed mitral valve replacement, a $4.5 million settlement for a woman who suffered a cerebral spinal fluid leak when gynecological surgery caused a spinal meningocele to perforate, to name a few, a confidential settlement on behalf of a high school student who suffered burn injuries when a science teacher left a classroom unattended during the performance of an experiment. Among other types of cases he has managed include a successful lawsuit brought against Chrysler regarding a negligently designed gas tank in one of its vans causing a fire that resulted in deaths and a case against a landlord and construction company following a building collapse in Manhattan. Mr. Bloom is also a highly regarded attorney in the area of legal malpractice and has handled several substantial legal malpractice matters.

His contributions, however, extend beyond his excellent work for the firm. Serving as the Co-Chair of the Medical Malpractice Committee and LAWPAC of New York (the Trial Lawyers’ political action committee) for the New York State Trial Lawyers Association, he combines his vast knowledge in the field with his political acumen to effectuate change and preserve justice for those injured through the fault of others. Mr. Bloom was a leading force beyond the successful campaign which led to the 2018 enactment of “Lavern’s Law,” which, for the first time in New York, mandated that the statute of limitations in cases on behalf of cancer patients and their families begins to run when the patient reasonably discovers that he/she has been the victim of malpractice. This change, long sought after but only recently achieved, finally eliminated the manifest unfairness of a patient finding that the time in which to bring a lawsuit had already expired before the person was ever told that he/she had cancer.

His excellence has not gone unnoticed by his peers: he is perennially named in Best Lawyers in America and New York Magazine’s Best Lawyers in New York in 4 specialties: Medical Malpractice, Personal Injury, Legal Malpractice and Professional Malpractice. He has also been listed in Super Lawyers and has been inducted in the International Academy of Trial Lawyers– a prestigious organization which limits its membership to 500 trial lawyers nationwide.

Mr. Bloom describes his view of his job as follows:

“One of the most difficult events a person may ever encounter is being told that he or she has a serious illness such as cancer. Even more devastating, however, is the realization that the disease should have and could have been diagnosed earlier. As a medical malpractice attorney, my role is to prove this medical negligence to the jury with the ultimate goal of securing a substantial award as compensation for the losses suffered by our clients.”

He willingly shares his knowledge and skill with others, even serving as lecturer at the New York State Judicial Institute, where he has given lectures to State Supreme Court Judges. He lectured and taught extensively throughout the State, including serving as the Chair of New York State Bar Association programs in Anatomy and Medicine for Lawyers, Failure to Diagnose Breast Cancer and Women’s Health Issues and Malpractice, and has lectured at local hospitals, speaking to radiologists, emergency room residents, and neonatologists. 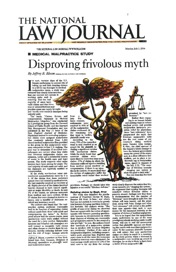 Featured Client Review
This law firm has extremely talented lawyers, Jeffrey Bloom, David Larkin. And an awesome secretary, Anna. They've worked my case for several years! Mr Bloom has went over and beyond his obligations to make sure I could live a stress free, Happy life. The outcome was way beyond my imagination. I'm forever grateful to them. I've read comments on Mr Bloom and I'll just say he's a giant teddy bear! That truly cares for his clients. Don't take my word for it. Google! Jeffery Bloom and see how truly educated and gifted he is, in the malpractice field. This law firm tells you from the beginning they won't just take on any case! as they shouldn't. They should take on cases worthy of their talent. David Larkin is awesome to go to if you have any questions about your case or to get you prepared for the depositions. God is with this firm whether they know it or not. I've watched God show up and show out through gair gair. Sincerely Sharlene. Funntime Freddy and Bonnie
★★★★★ 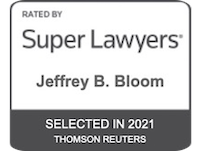 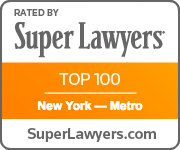 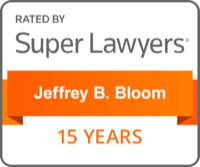