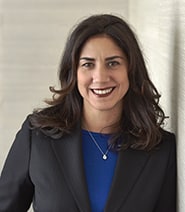 Marijo has devoted her entire legal career to litigating on behalf of those who have suffered immeasurable loss from a catastrophic injury or death of a loved one. Her empathetic approach to her clients, remarkable trial skills, and relentless pursuit of justice have made her one of the top women trial attorneys in the area of personal injury, wrongful death, and medical malpractice.

Recently named one of the “Top Women’s Litigators” in New York by Super Lawyers in 2017, Ms. Adimey has quickly become a formidable force of the Gair, Gair, Conason, Rubinowitz, Bloom, Hershenhorn, Steigman & Mackauf Team. Since joining our firm in 2014, Marijo has obtained several multi-million dollar verdicts and settlements on behalf of her clients. Marijo is honored to be a voice for those who have been injured.

Her career began as an Assistant District Attorney in Bronx County, where she prosecuted cases on behalf of victims of horrific crimes. There, she became an experienced trial attorney, trying dozens of felony and misdemeanor trials to verdict. Prior to joining our team, Marijo had the privilege of representing individuals who have had the unfortunate experience of being the victim of medical malpractice or who have suffered serious physical injury or death in an accident. She continued her zealous representation in 2014 when she joined Gair, Gair, Conason, Rubinowitz, Bloom, Hershenhorn, Steigman & Mackauf whereat her exceptional advocacy and litigation skills paid off in 2017, when she became a partner of the firm.

Since 2015, Marijo has been recognized by her peers each year for inclusion in The Best Lawyers in America and New York Magazine’s “Best Lawyers” in New York in the specialties of medical malpractice and personal injury. She holds an “AV” rating (highest rating) from the Martindale-Hubbell Law Directory, one of the oldest and best known peer review ratings in the United States for both legal and ethical standards.

Marijo’s advocacy skills and dedication to her clients were recognized early in her career, when she was selected by her peers for inclusion in the Super Lawyers 2013: Rising Stars, an honor reserved for those lawyers who exhibit excellence in practice and published in The New York Times. She has since been selected as a “Super Lawyer” every year. She has been awarded the “Client Distinction Award” issued by Martindale-Hubbell, an honor made possible by the clients she served and awarded to less than 1% of the 900,000+ attorneys listed in Martindale-Hubbell.

Marijo was appointed by the Administrative Judge for Civil Matters-First Judicial Department, as an attorney member of the Medical Malpractice Advisory Committee for the Supreme Court, New York County. She was also selected to serve a two-year term on the Judiciary Committee of the Association of the Bar of the City of New York, a committee which evaluates judges for appointment, reappointment, election or reelection to the bench on the city, state and federal level and makes recommendations for approval. Recently, Marijo was nominated and accepted to become a Board Member of the New York State Trial Lawyers Association, where she also sits on the Medical Malpractice and Labor Law Committees. She is also a lecturer for the New York State Bar Association.

In just one year, Marijo obtained two of the top medical malpractice verdicts in New York. She secured a $2.5 million verdict on behalf of a Queens women who suffered an intestinal perforation during a routine EGD procedure; and a $1.32 million verdict for a Kings woman whose spleen was torn away from her colon during a routine colonoscopy. In addition, Marijo has secured numerous multi-million dollar settlements prior to trial on behalf of her clients.

Marijo’s passion and commitment to her clients are what make her a zealous trial lawyer. She is a tremendous asset to the GGCRBHS&M Team.

Association of the Bar of the City of New York

Verdicts and Settlements of Note

Featured Client Review
Marijo Adimey was our attorney and we cannot say enough wonderful things about her. Her wisdom, care and concern for my mother exceeded all of our expectations. Anyone would be lucky to have her representing them. Ella Gorodischer
★★★★★
Gain Gair is the only firm you should consider if you're looking for a legal firm that will put you and your family needs first! Marijo and the team always made themselves available to answer our questions, took the time to explain the process, but most importantly they never wavered in their support and belief that our situation warranted the maximum support and financial protection for future medical intervention. Don't let the warm exterior fool you. This firm is tough! They will fight the Good Fight and Win! Marijo is the friend for life you call at 3am! Go with Gair Gair and trust that they will advocate, care and provide true and honest legal protection for you and your loved ones. It has been a privilege to have them as our legal counsel. Can't recommend them enough! The Gordon Family. Armina Gordon
★★★★★
The attorneys to use to get your case resolved. Marijo rocks. Michael Burke
★★★★★
Marijo I would highly recommend. She took on my moms case it was a long process but she never gave up and she showed great support and always encouraged us and was there for us. Cannot thank her enough for what she did for us. Deissy Ortiz
★★★★★ 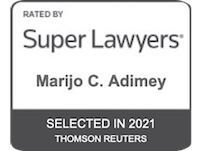 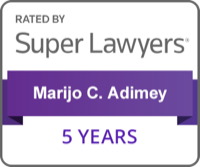